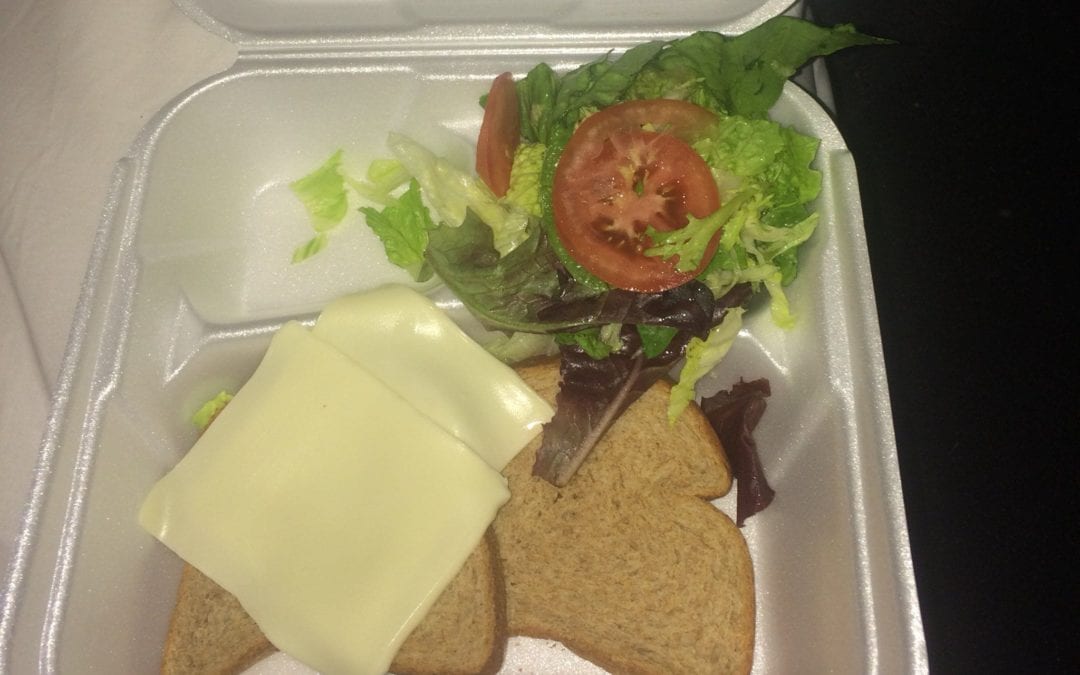 Have you heard of the FYRE Festival? When I first caught wind of this music festival back in 2017, I cringed because the images of a sandwhich and hurricane tents from attendees went viral.

Fyre Festival was the co-created event by convicted felon Billy McFarland and rapper Ja-Rule. Their goal was to create the next big music festival to rival festivals like Bonnaroo, Hot 97 Summer Jam, AFROPUNK and Coachella.

The festival was to take place in the Bahamas on a private island once owned by the infamous Pablo Escobar. It listed headliners such as Blink-182, G.O.O.D. Music, and Lil Yachty. They also had some of the most sought after models Bella Hadid, Kendall Jenner, Emily Ratajkowski, Hailey Baldwin, Chanel Iman, and many others serving as Ambassadors for the festival.

Long story short, the festival failed in the biggest way possible. Netflix FYRE: The Greatest Party That Never Happened and Hulu’s FYRE FRAUD gave us the funniest and heart wrenching details as they released documentaries on the event.

As a DC Event Planner Id love to give you all some of the juicy details to copy and identify what you should always avoid when planning any public event. I recommend that you watch moth documentaries if you can. Here’s a recap of what I learned.

What was Good about Fyre Festival

They gave you a location that people actually wanted to visit. The first location they pitched was in the Bahamas- Exumas Island. Who wouldn’t want to party on your own private island without a care in the world? When dealing with festivals of this type you have to entice people to come to your event. One way to quickly do that is to give them paradise if you can.

They had good headliners to get people to purchase tickets. No one comes to a music festival around the world to see just anyone. Any music festival knows the music performers are the main reason people attend and pay high dollar for admission. Fyre Festival quickly announced their lineup: Disclosure, Migos and Lil Yachty, as well as Matoma, Claptone, Tensnake, Daniel Cowel, Lovecraft, Lee Burridge and several others.

They mastered their event marketing like never before. Billy and Ja-Rule took a plane from New York to the Bahamas in early 2016. Ironically they ran out of gas and had to land on Exumas. They fell in love with the island which sparked this entire event.

To showcase what they saw, they decided to come back and film one hell of a teaser video with Bella Hadid, Kendall Jenner, Emily Ratajkowski, Hailey Baldwin, Chanel Iman jumping from a yacht, jet skiing, drinking champagne and anything else to motivate attendees to buy a ticket. 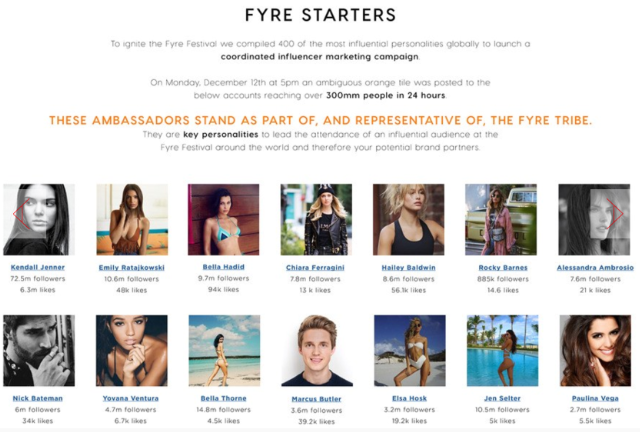 They also got all the models and other influencers to get onto social media and post about what they were doing leading up to the launch of ticket sales. The photos, the teaser video and the launch date which was a orange square seen all over Instagram caused them to sell out 90% of their tickets in hours. That to me is how you execute good marketing.

Fyre Festival attracted some heavy hitting sponsors. Comcast was willing to give $25 million into the event app. An investor, fashion executive Carola Jain, reportedly arranged for Fyre to receive a $4 million loan. Even if this is true, the festival had the attention of companies willing to give them a lot of cash.

What was Bad about Fyre Festival

The logistics made absolutely no sense whatsoever. The timeline of the entire planning stage was too short. While watching the Netflix version of the festival, Andy King, the festival’s creative consultant, and Mark Musters, the festival’s creative director at no time outlined why this was impossible to do. As an Event Planner it is our responsibility to say NO. I believe if either of them or the other team members said to hold off, this may have helped them tremendously.

You need enough time to get things like WiFi in place, water, food, and transportation. They didn’t care about any of this as they just had to have this event in April of 2017. They decided to plan this entire event in less than 2 months when it normally would take a year.

The venue was not capable of hosting the festival. When you look at the documentary you can clearly see that 80% of the island was covered in brush. Where were you going to have people sleep? Where was the performances taking place? When they started filming the teaser in December of 2016, did no one say hey this island is too small? What about asking about running water?

They sold 5,000 tickets to people on an island that couldn’t effectively sleep a few hundred.

Want to know their fix for this? They chartered a cruise ship. Yes that’s right, every day they would take guests from the cruise ship to the island and back. Do you know how much of a logistical nightmare that would be?

Talent Producer Chloe Gordon said, “After we landed, we drove to the festival site to assess our goods. When we arrived, my initial reaction was ‘huh.’ This was not a model-filled private cay that was owned by Pablo Escobar.This was a development lot covered in gravel with a few tractors scattered around. Certainly not enough space to build all the tents and green rooms they would need. No long, beautiful beach populated by swimming pigs. There were, however, a lot of sand flies that left me looking like I had smallpox.”

An Inlfuencer led the entire effort and withheld key information. I’m am not saying that an Influencer or anyone else could not have made this happen. What I am saying is anyone without enough experience has no place leading an event of this magnitude. I would recommend that you host the event and hire an Event Production firm to handle all the dirty work.

I see this mindset in certain clients. In their head is makes all the sense, but when you want to put it into action it’s not possible. Example, you might want to ride into your event in a hot air balloon. WOW that sounds fun doesn’t it? However, your event is in the middle of downtown DC or it will cost you $25,000 when you thought it would be $5,000. Did you know 40% of couples underestimate the cost of their wedding per Wedding Wire? I’m certain this carries over into events.

They used ticket sales to cover the cost of the event. In some cases I see no problem with this. However, when you estimate that your event will cost $90 million, you have to find investors and sponsors to pay for this. Neither Hulu or Netflix stated where all the money came from. Netflix states that Billy would fly to New York and return with a few million. Still not enough to pay for it all, but impressive.

What struck me is at no time did anyone say I cannot do this because we don’t have money to do it. Vendors had to be paid upfront and weren’t. Performers were demanding money and had to be paid ahead of time. When they were not paid in full, they pulled out.

When the money ran out, those who put in work and weren’t yet paid were left empty handed. My heart goes out to the Bahamians who were roped into this evil scam. They worked around the clock to put up the tents and get the area as ready as they possibly could. Not one cent was given to them.

By now you know the ticket holders were out of thousands of dollars (ticket, accommodations, airfare). But what gets my blood boiling is that both Netflix and Hulu paints everyone working for Billy as innocent.

I watched the documentary in disbelief. Yes it was great that they were willing to talk about the experience, but at no time did anyone on the event team say sorry. They all blamed Billy as if he was the only one making this festival happen. Each and everyone of them should be in jail for this.

This is what Ja Rule had to say when the documentaries aired. No sorry. No attempt to explain. Funny how he and the organizers didn’t have all the answers, yet they still decided to move forward in planning this horrible event.

I feel bad for all the people out there who want to put on their first festival and now have to fight a battle they didn’t want to be involved in.

Good events don’t just require a great idea. It requires a team to mobilize that idea and turn it into reality. Don’t ever believe your Klout status can produce a Coachella.