3 Phases of Racial Justice We Must Experience 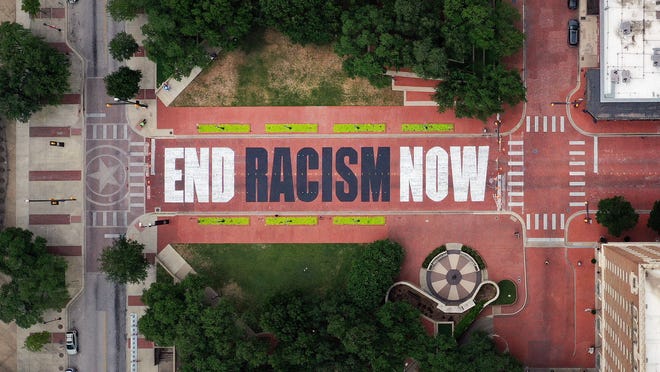 Over the last two weeks we have seen companies who have never voiced their opinion on racial justice now speak up. Companies have donated millions of dollars in support. They made Juneteenth a company holiday. My, look at what the death of a Black man can do for the un-woken.

Between 2014 and 2019, police have killed 6,557 people. Of those, 25% were Black People. While the Black Community only makes up 13% of the population, they are killed more than twice the rate of white people. It is impossible to believe that racism is not systemic in law enforcement.

In 2014, Tanisha Anderson, Michael Brown, Tamir Rice, Gabriella Nevarez, Akai Gurley, and Eric Garner were killed by police. Since then we have had dozens of innocent lives take from the Black community. When we witnessed the murder of George Floyd, I believe the Black Community reached its breaking point. This out outcry for slain black bodies has lived on for decades, many would say centuries, asking for racial justice.

I like to believe that what we are seeing is split into three phases of racial justice. The outcry for equality has kept us in the first phase of racial justice that is also the most gruesome of the three.

In the year 2020, 155 years after the 13th Amendment abolished slavery, we find ourselves still in chains. Fighting for equality that should have been given to Black People by being a human being. However, many people are starting to claim their wokeness admitting they never knew the severity of where we stand today.

A global awakening of white privilege is now flowing freely as if white people never believed systems favored them more than anyone else. Every industry to include the event industry has come to understand what white privilege is despite this term not being new. White privilege is claimed to have been developed in 1783 to protect whiteness. I believe white privilege came about the moment Black bodies were kidnapped from the continent of African and forced into slavery which was well before 1783.

The very thought of white people now realizing their privilege after so many deaths in the black community is in essence privilege. White people did not have to worry about this because it did not directly affect them. Quite honestly, as horrible as COVID-19 is, it has served as a blessing to bring awareness to the senseless violence towards Black People.

White people have now discovered Black Writers. They have discovered influential Black voices in their industries. They have now become aware of how they have aided such privilege consciously and subconsciously. For that, Black People are grateful.

Enlightenment should be a daily quest

But here is the thing about the awareness phase. Until white people can identify how their white privilege affects those who are not white, we will never leave this phase. How can we? It’s impossible to fix a problem when you are ignorant to what is causing the problem in the first place.

Understanding every measure of white privilege, racial injustice, and the systems that support them is critical in this phase. Without going through such enlightenment, we cannot move into phase 2.

Each of these acts are ways to dismantle systemic racism that has held Black People back for centuries. However, these alone are not enough. Systemic racism has a presence in every single industry globally. Three laws shows us all what is possible and gives hope to entering phase 2 of this revolution.

To dismantle systemic racism, we must ensure not to rush past phase one. Once we have identified what needs to be dismantled, we must alter laws, implement new laws, and hold every human accountable.

It is critical that we understand that a law will not be applied to every system that has racism embedded into it. This is why I believe this phase is so critical to not rush past. It is also why we must see this as a movement and not a moment. These three acts are small wins in the racial justice race.

While we may see organizations say they want to be innovative, diverse, and inclusive, we must see the changes to get there. Silicon valley vision statements that resemble every white owned company will not work. Companies, institutions, and families have to deeply understand the challenges at hand and how they contribute to them.

In this movement we must remove barriers that make it difficult for Black People and People of Color to succeed. This means, structures, processes, and systems must be dismantle and rebuilt. This is not a time for reform. How can one reform a broken system by using the same parts? Impossible. Replace and move forward.

We’ve seen the power of movements and their outcomes. From Stonewall Riots supporting the LGBTQIAP+ community to Martin Luther King Jr. and the civil rights movement showed us that change was possible. Black Lives Matter and other movements of today are still pressing forward. In order for phase 2 to be successful, we must not give up. It’s easy to take small wins and slow down. That’s what white supremacist want to happen.

In a perfect world, all lives will matter.

As protest continue to rage in the streets of cities around the world, we are no where near racial justice. With the United States turning 244 years old in a few days, one year will not change the mindset of man. Black People and People of color have endured chains being broken over their backs for far too long.

April 2, 1968, Martin Luther King Jr. said, “We’ve got some difficult days ahead,” and that we certainly do. He continued, “I’ve seen the Promised Land. I may not get there with you. But I want you to know tonight, that we, as a people, will get to the Promised Land”. Sadly, less than 24 hours after these prophetic words, King was assassinated by a white man exercising his privilege.

While laws and systems are changed during this phase, we must ensure that every human being remains accountable to the movement that we see today. Our children and generations to come must enter this world knowing they are free from the first breath they take until their last. Going through such hardship just to see a reverse where lives are slain in streets of a land claim to be free is the upmost disrespect to those lives and freedom fighters of today.

Accountability must be the responsibility of every human by speaking up and bringing to light every injustice.

The human mind has been shaped to see differences as something negative. Something that doesn’t align with someone else and because it doesn’t that becomes problematic. However racial justice shows us the beauty in our differences. It shows how much change can be made for all human beings.