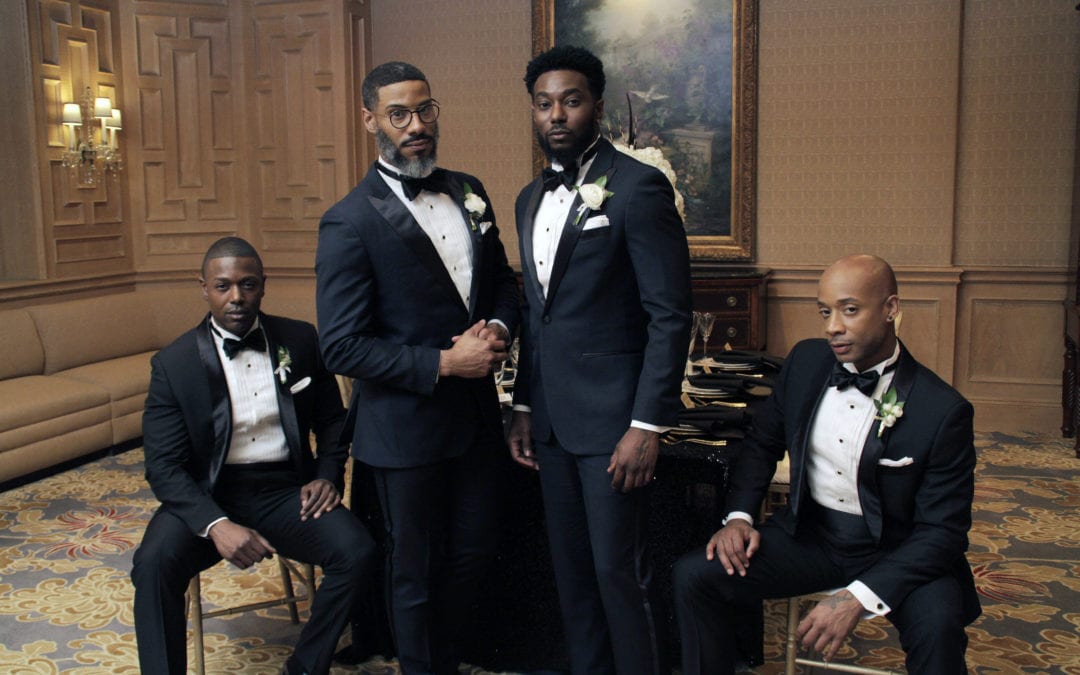 The Harlem Renaissance Wedding was something that we wanted to create in order to outline how different we all are. Being different should never be something to hide or fear. As a people we are built to love and therefore we wanted to showcase a different and possibly controversial version of love.

Here’s the story behind this concept and why we support LGBTQ weddings and events. Watch here. 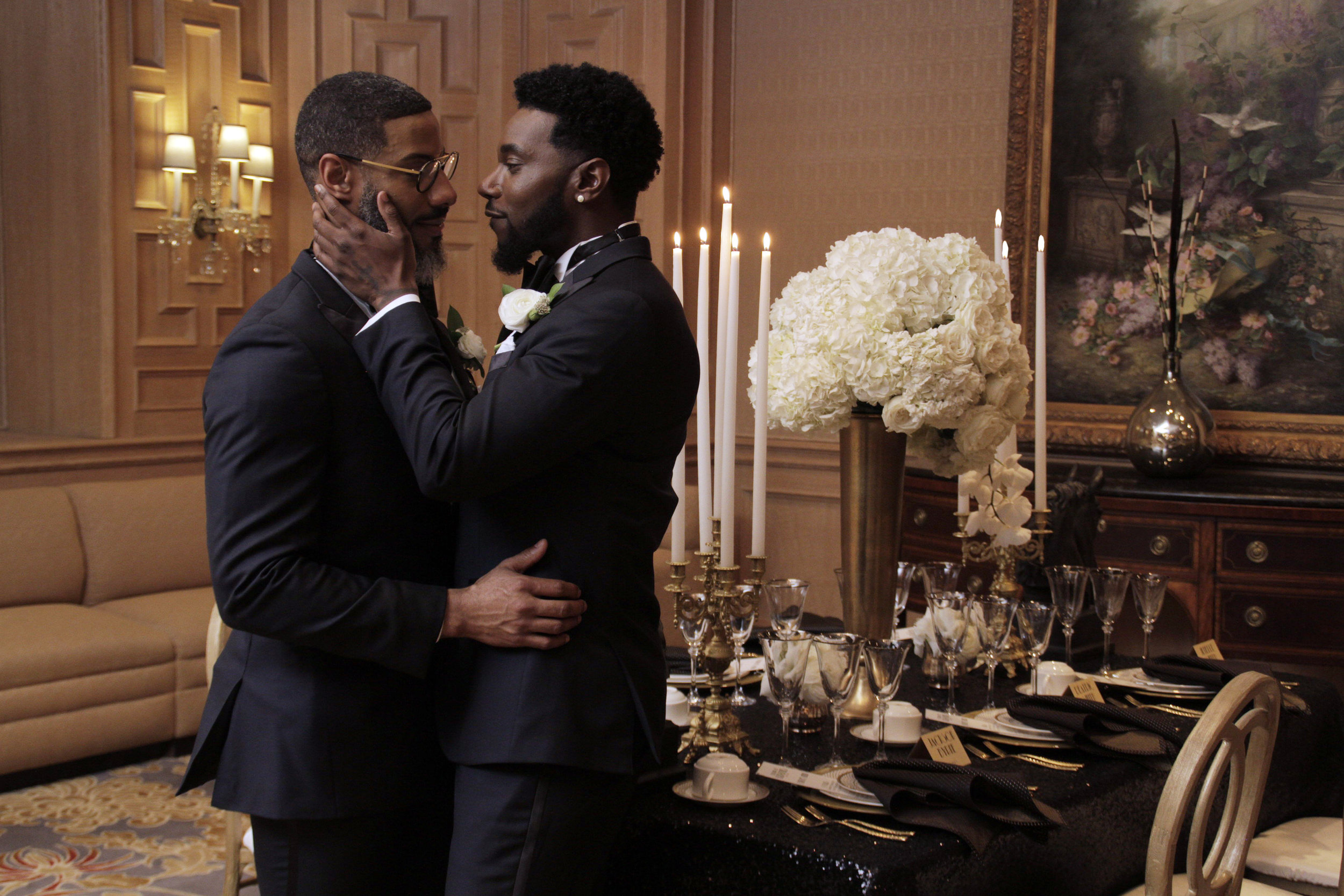 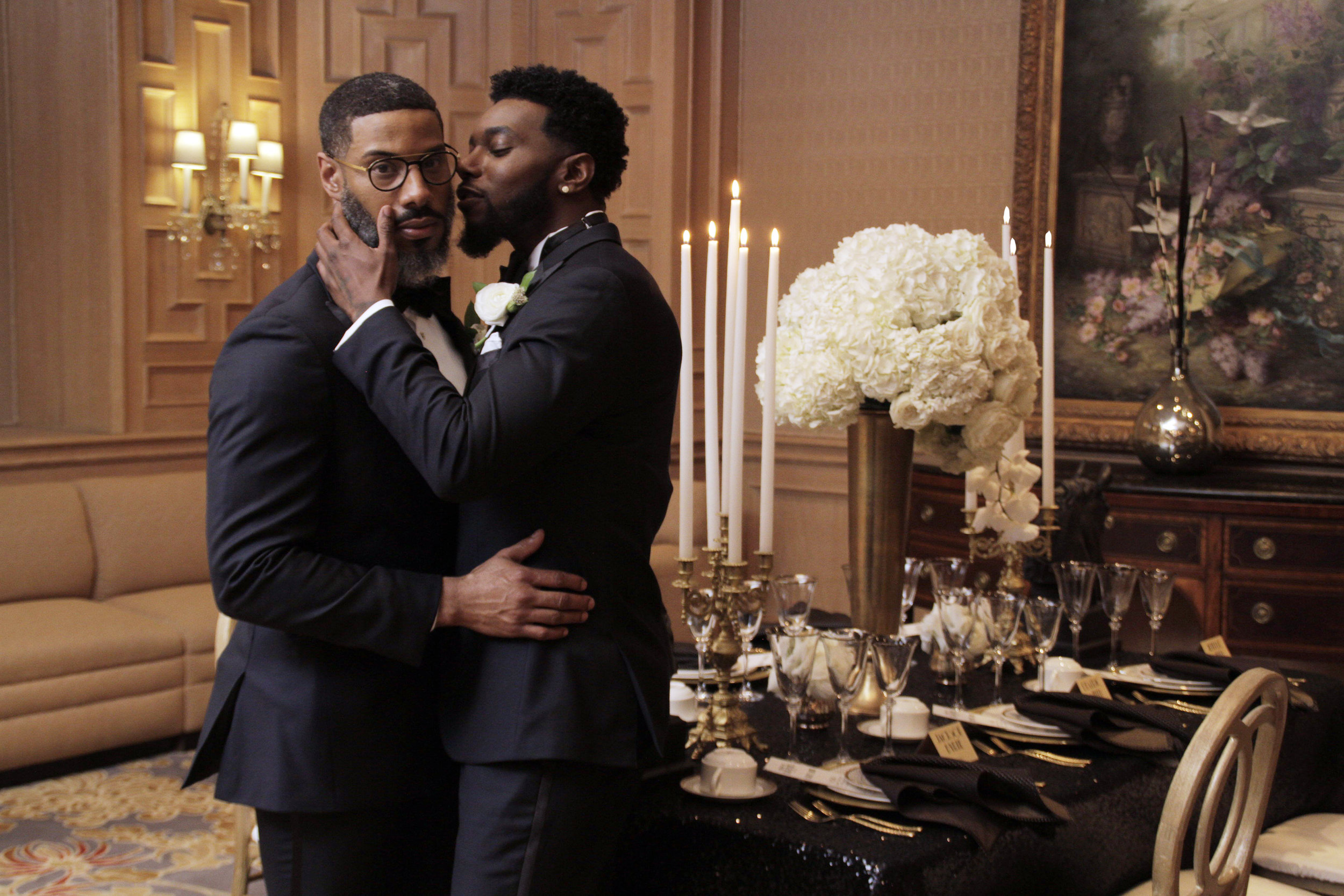 The Harlem Renaissance has always been one of my favorite periods in time. It was a time when musicians, poets, and scholars thrived and Harlem was at the center of it all. Additionally the people of Harlem expressed themselves visually and were sultry, debonair, and inspiring. In light of the hardships, speakeasies were a haven for all to get away and suffocate themselves in Jazz and The Blues.

Before I considered this DC LGBTQ wedding concept, I was visiting the Ritz-Carlton Pentagon City because I needed a venue for a client’s wedding in November. It wasn’t until I walked into the Diplomat Room that the idea of the Harlem Renaissance themed event came to life. I also booked the space for my clients. Due to the colors, the crown modeling, and grandeur of it all, I was dizzy in excitement. The Ritz-Carlton room simply resonated with this period shoot. 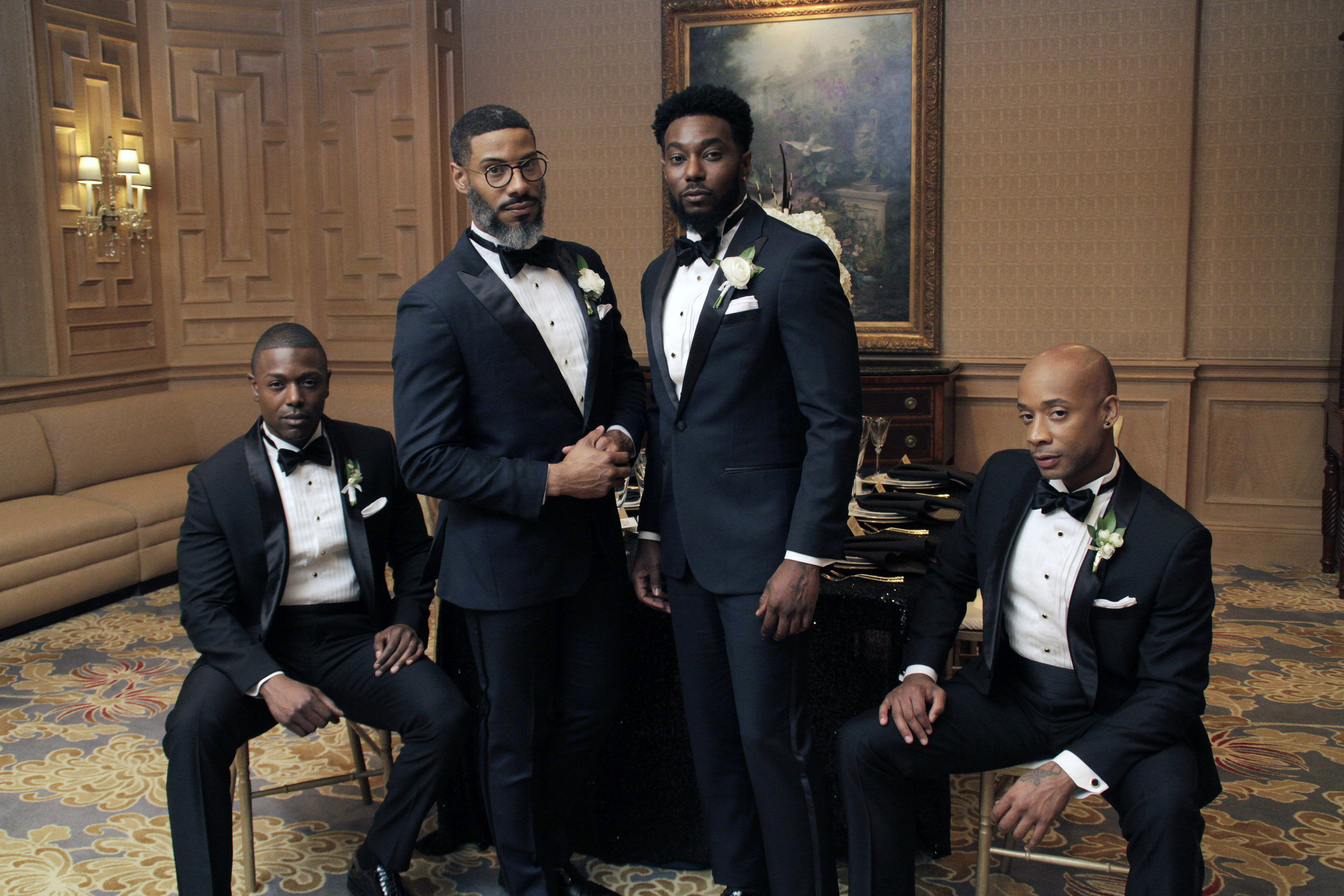 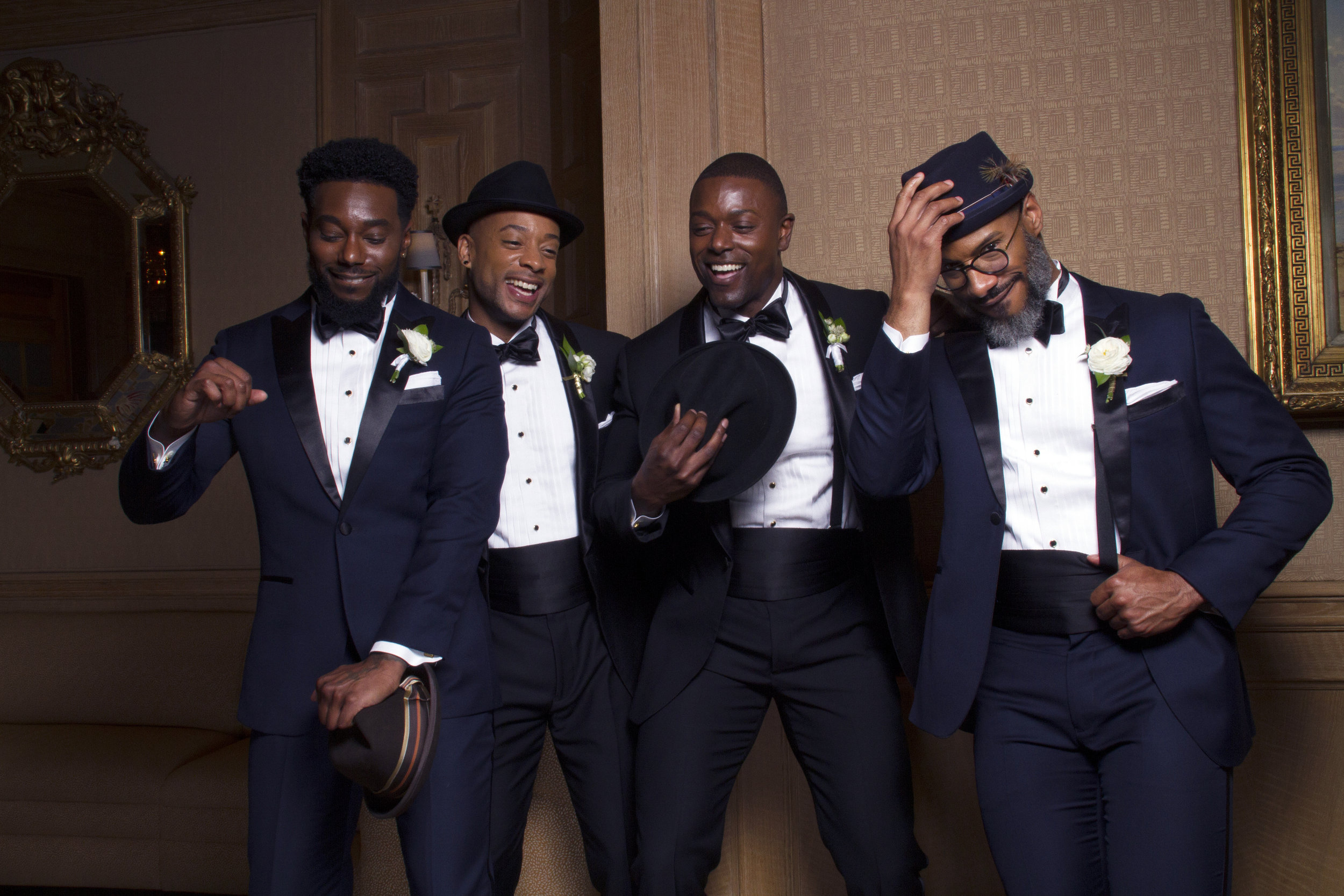 While coming off my venue high I wanted to focus on who would shoot this. I had to have a Fashion Photographer to make it similar to an editorial shoot vs an I’m posing at my wedding look. Together with Jerris Madison the shoot began to come to life.

The rhythm of that era is what I wanted to showcase with a more modern feel.  Once I decided on actually putting the shoot into motion, I wanted to focus on men to give their wedding experience more visibility. To give it a twist, I decided to make the shoot centered on any gay couple who too shares my passion for bringing forth an era in the same fashion. Couples who wanted to look dapper and still have a regal looking wedding. 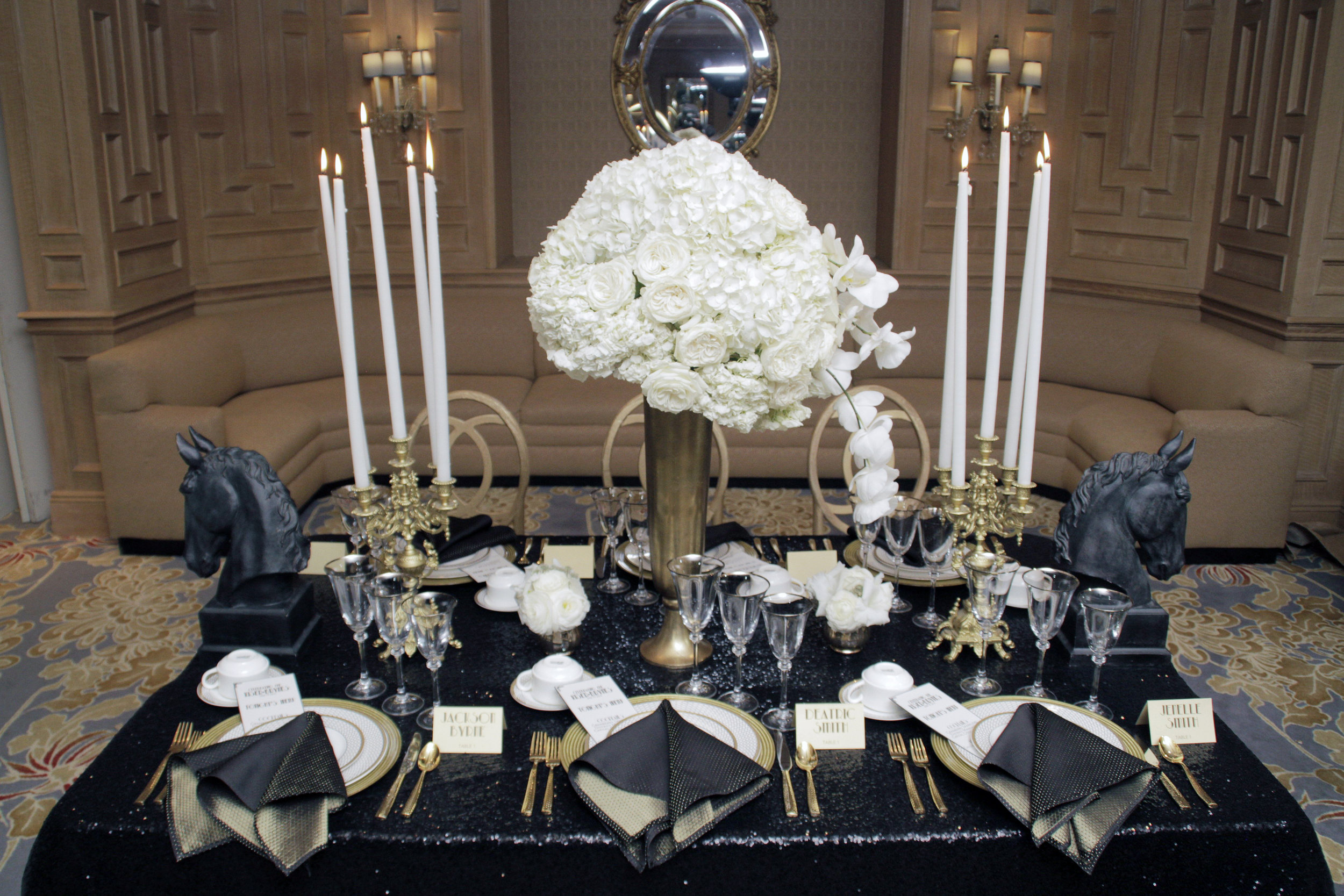 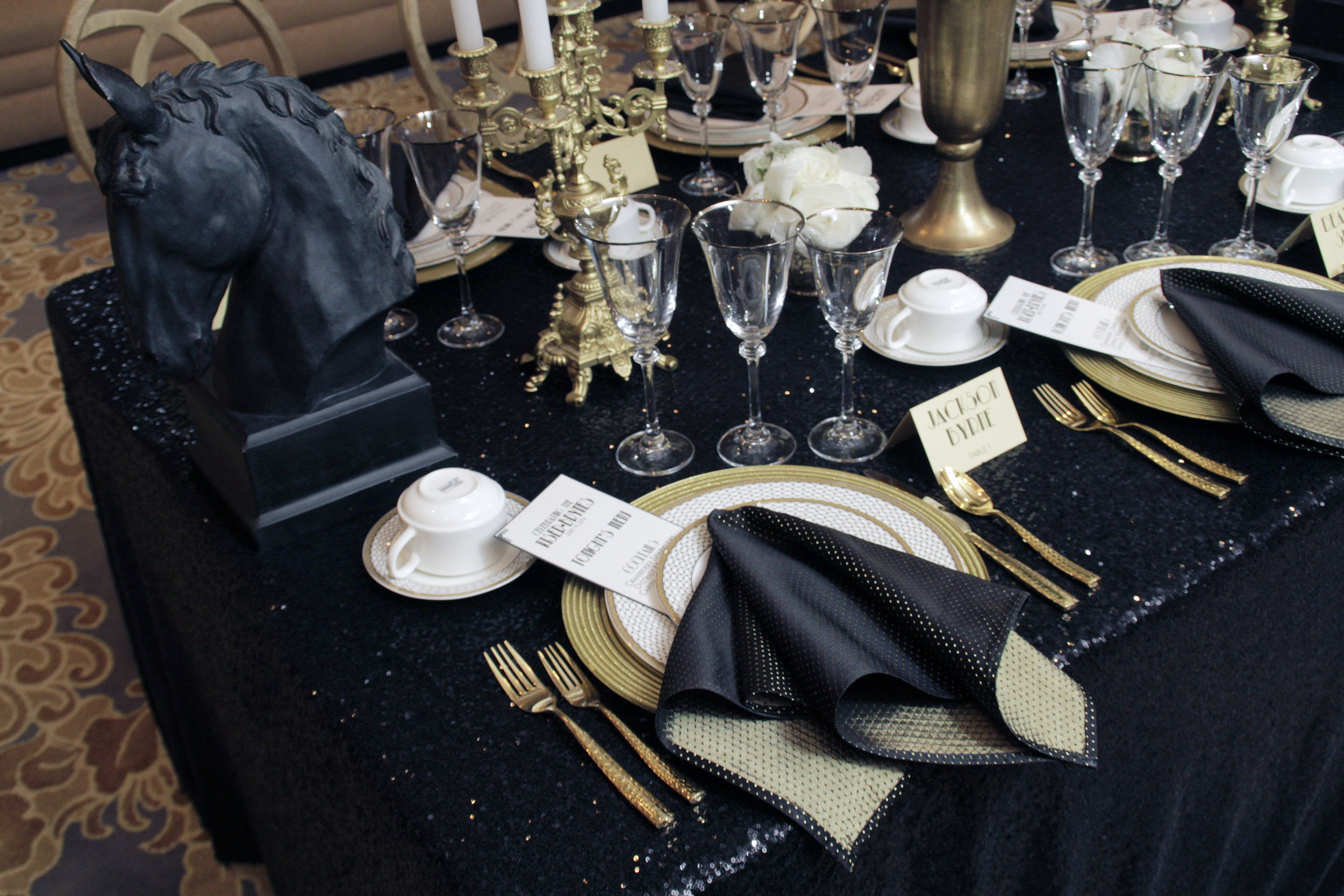 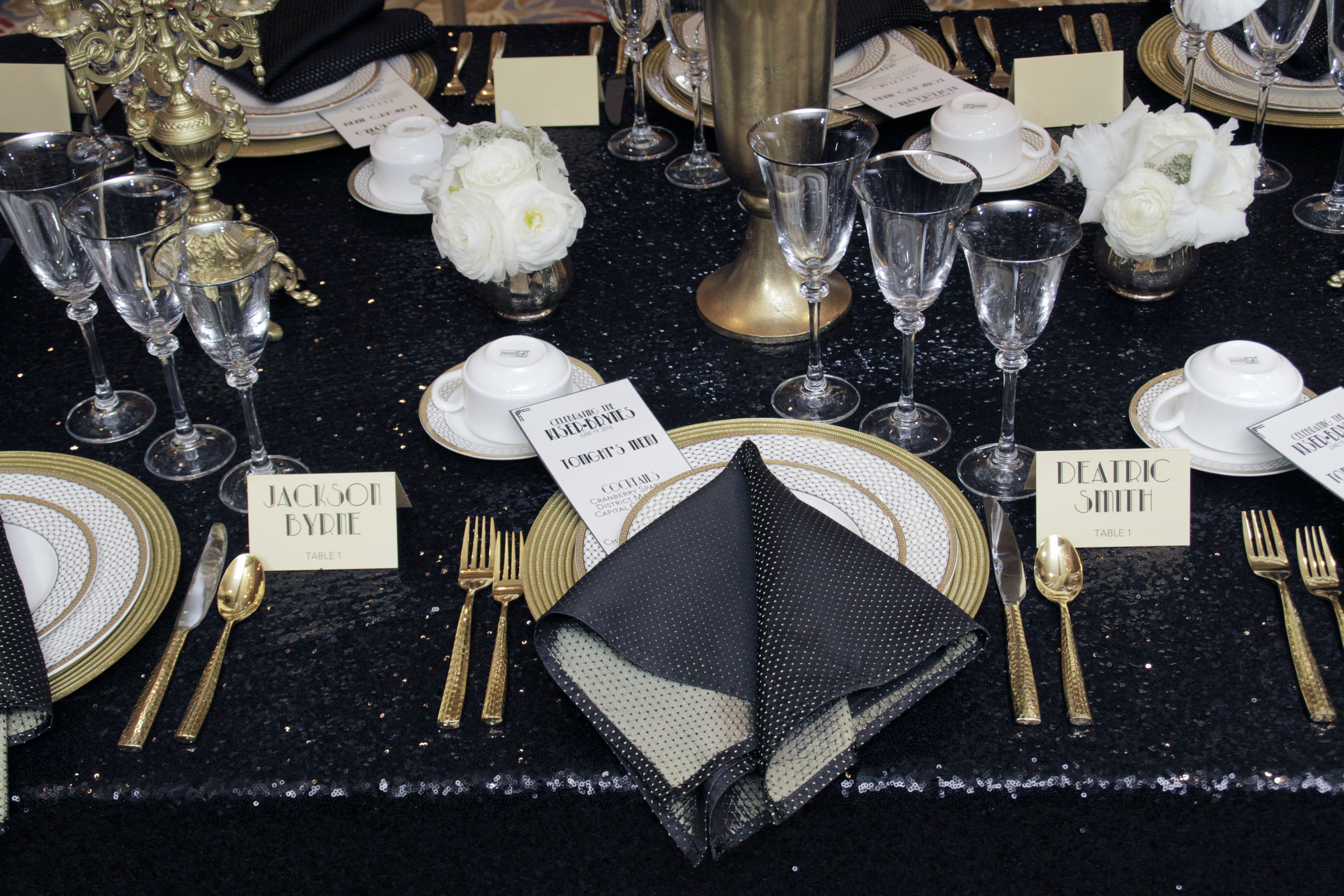 This wedding theme takes you on a journey from the grooms and groomsmen getting dressed in their Black Tux attire to them having their final toast after the reception.   Equally important was the need to use colors that are masculine and rich. Our goal wasn’t to replicate the era, moreover to draw inspiration from the time. Various vintage pieces were placed into the shoot such as a brass fan, a phonograph, an old Kodak camera, and even the Cotton Club style font on the menu and place cards. Similarly to what would have seen during the time is what we depicted.

Coupled with WhistlePig Rye Whiskey, Shelly’s Backroom, and style, seems like our models pulled off a most noteworthy version of Harlem Renaissance like champions. 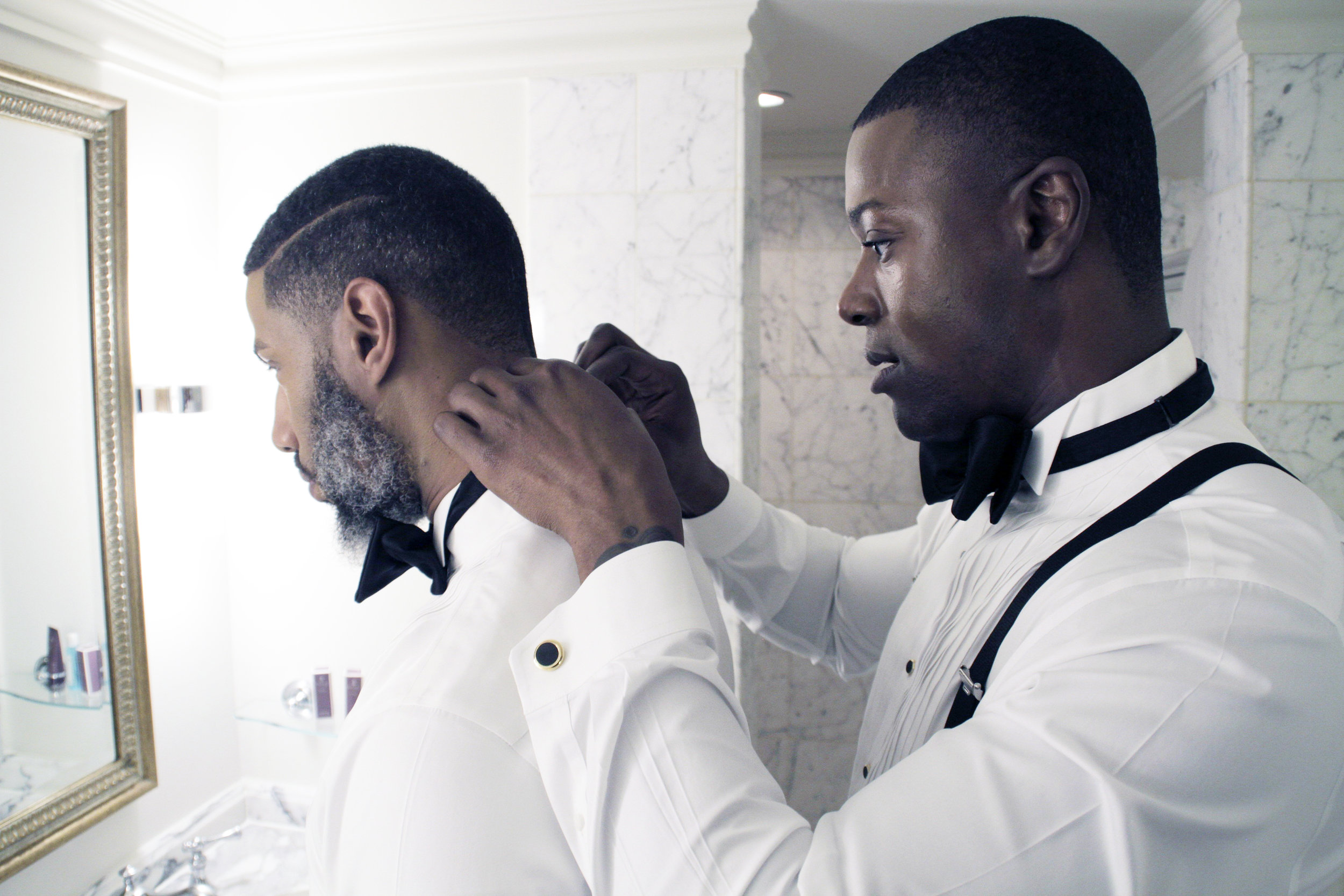 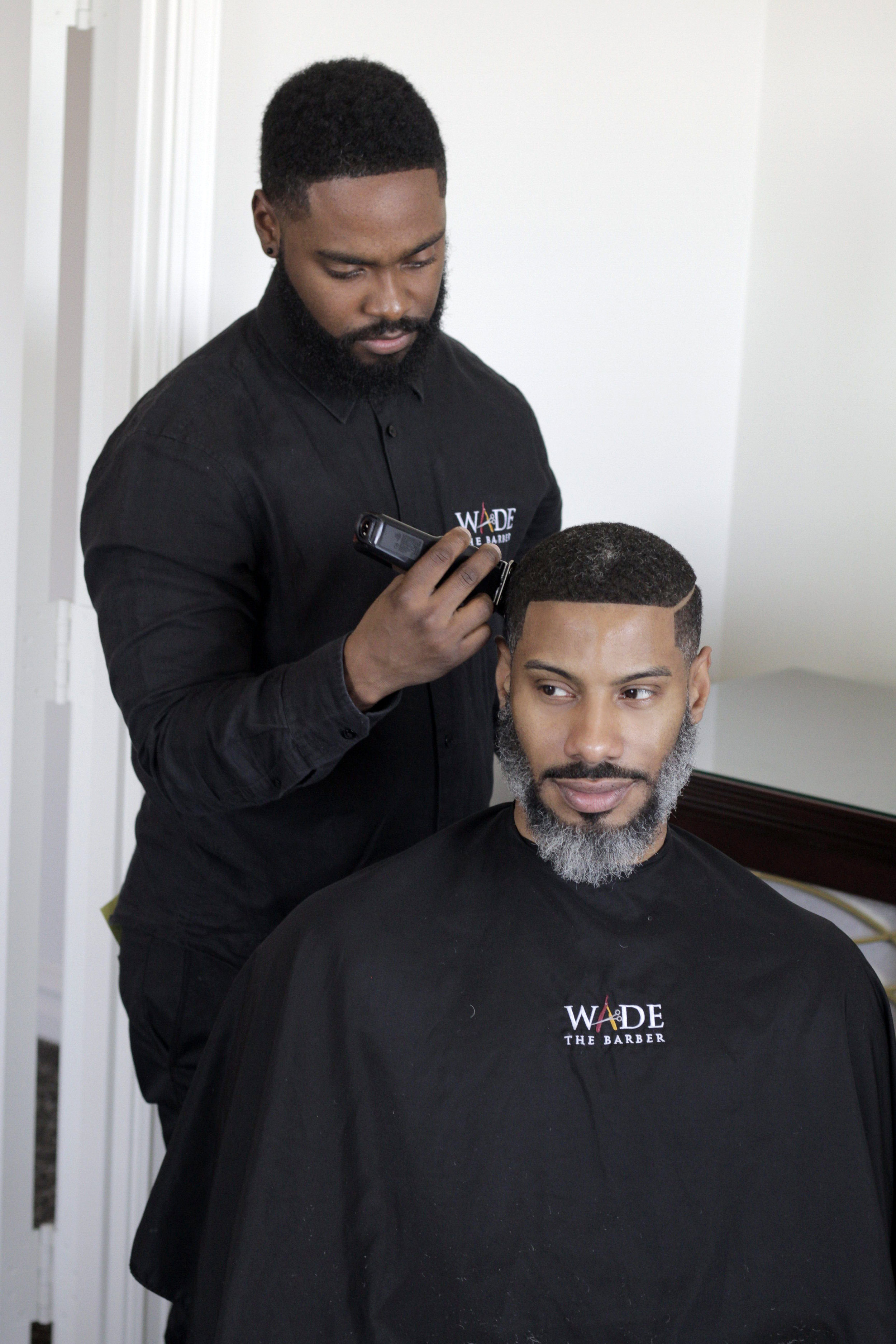 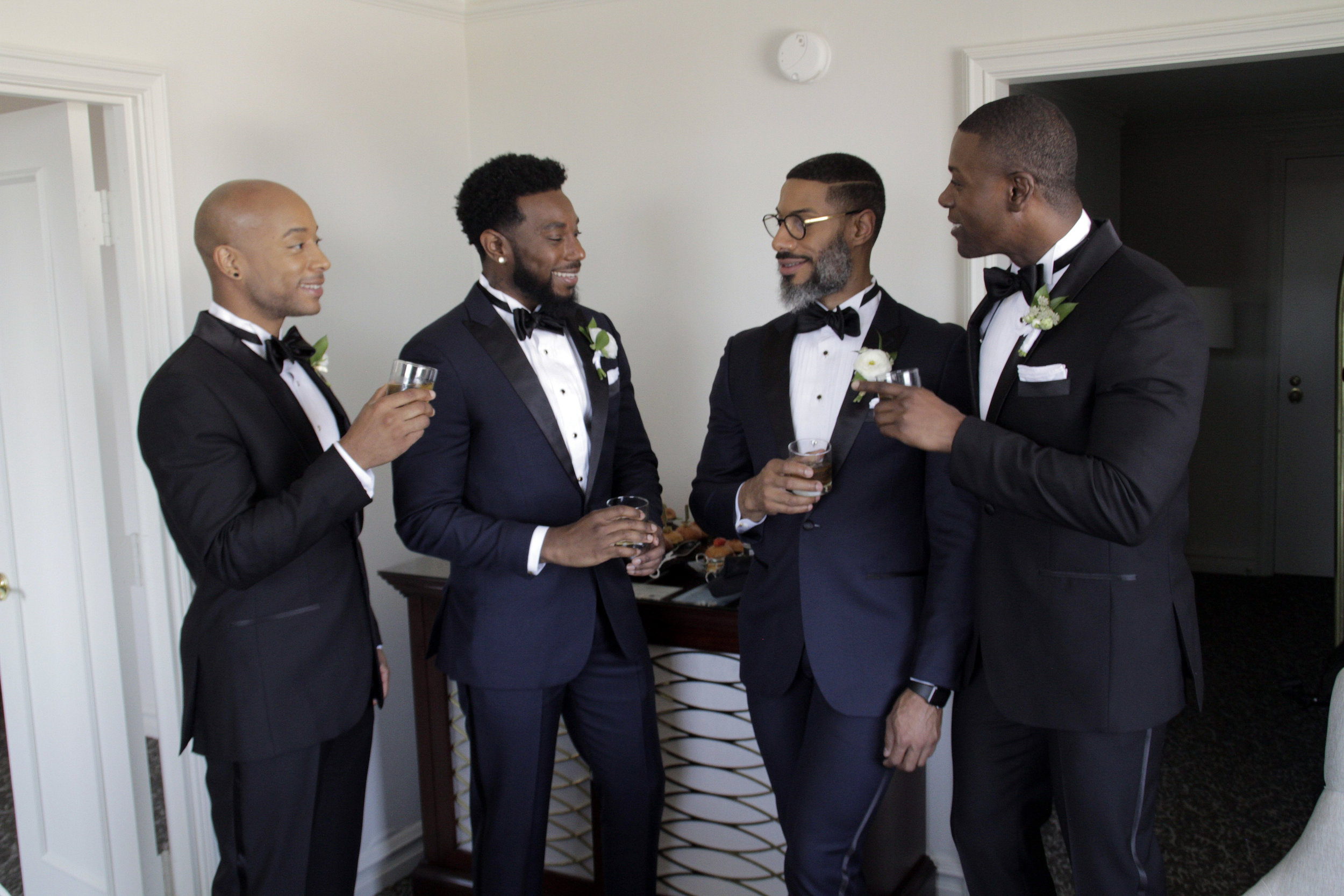 Looking for a LGBTQ friendly wedding or event planner for your next event? Complete our questionnaire to get a quote.